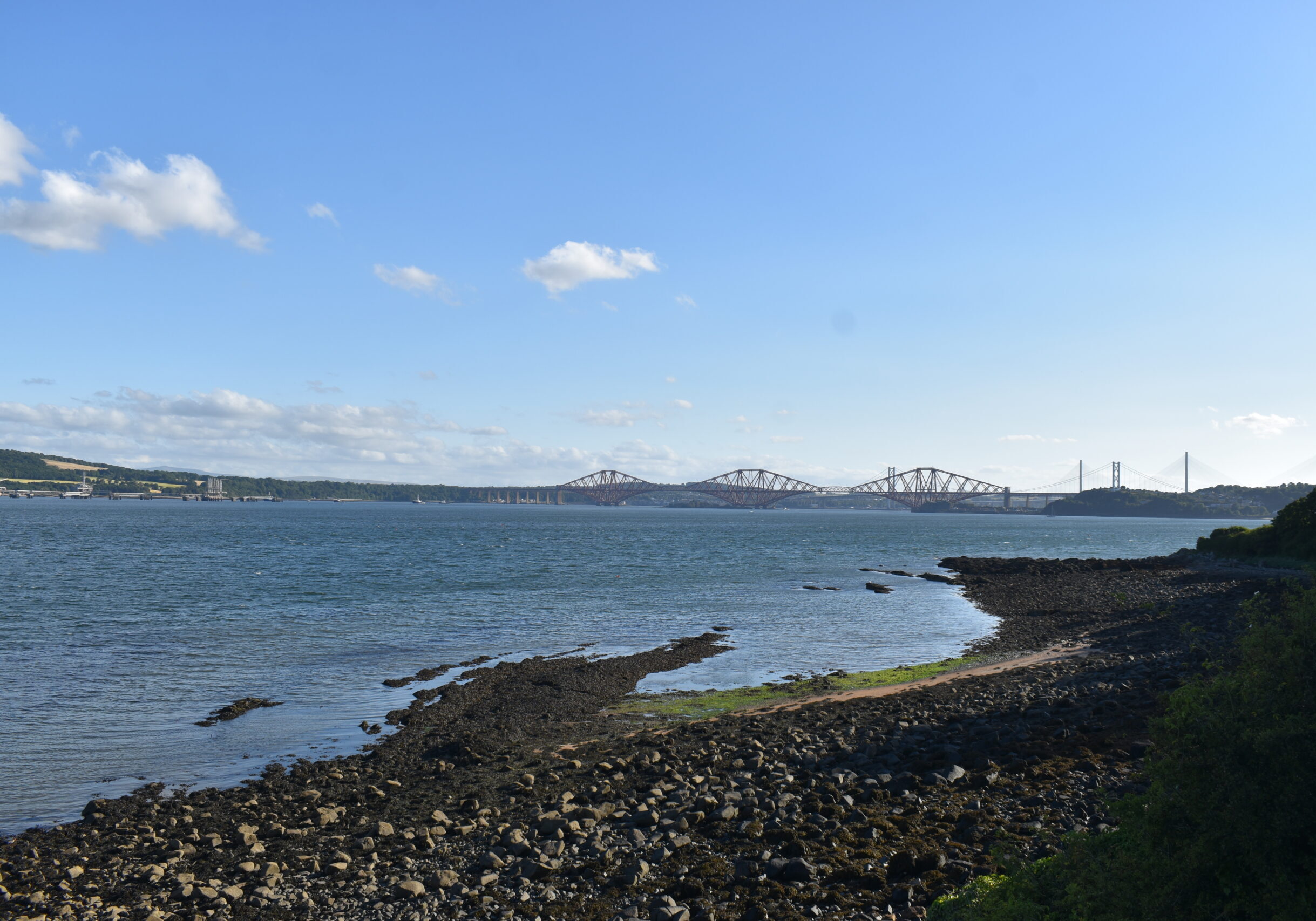 Where can you see an iconic castle, modern engineering and a UNESCO World Heritage Site all in one vista? The answer is on the Fife Coastal Path at Dalgety Bay. Here are our five most awesome sights to see.

The Forth Bridge is a world-famous symbol of Scotland with its three red cantilevers that have been carrying trains across the Firth of Forth since 1890. It’s a triumph of modern, railway civil engineering and the world’s longest cantilever bridge. In 2015 UNESCO designated it a World Heritage Site, a prized accolade that recognises its outstanding universal value.

From the Forth Bridge cast your eyes east and you’ll find a long, low structure lying off the estuary’s southern shores and perhaps a tanker loading up. Hound Point Terminals is the largest North Sea oil export terminal in Scotland. Its unusual name comes from the legend of a nearby Lord whose hunting hound was said to howl uncontrollably when his master died fighting in the Crusades.

Follow the shoreline further eastwards and you find what looks like a large house right on the water’s edge. This is Barnbougle Castle, seat of the Lord in the Hound Point legend. Built in the 13th century it has a colourful history of piracy and smuggling. It was rebuilt by the Victorian Prime Minister the 5th Earl of Rosebery, to include rich furnishings and important paintings, and it remains in the Rosebery family today.

Edinburgh Castle is one of the oldest fortified places in Europe: the site dates back to the Iron Age when a hill fort was built on the rock. The castle was a Royal residence throughout the ages. St Margaret of Scotland – wife of King Malcolm Canmore who ruled the Scots from Dunfermline – died at the castle in 1093 and her son King David I built a chapel in her honour that is still in use. Today it’s a world-famous visitor attraction and parts of it are still used by the military.

A mile off the Fife coast near Aberdour lies Inchcolm Island with its historic Abbey. A priory was first established here in the 12th century by King David I – son of King Malcolm Canmore and St Margaret of Scotland. Today the Abbey is the best-preserved group of monastic buildings in Scotland and boat trips take modern-day pilgrims to the ‘Iona of the East’ to appreciate its ecclesiastical history and wildlife.

Blog contributed by Aidan Duncan, FCCT Education Manager. When I think back to some of my most memor...
View Article