This section of the route takes in three historic towns that have been frequented by pilgrims for centuries. Look out for the historical sites and the wildlife that you will spot along the way.

Please take care where the route follows Lothians View, in Rosyth, as the road is narrow and limited visibility.

‘She provided them … ships, to carry them across, both going and returning, without ever demanding any price for the passage from those who were taken over.’
(Excerpt from Vita St Margaretae, c.1107)

Countless pilgrims have started their journey to St Andrews at North Queensferry. The town is named after the ‘Queen’s Ferry’, thought to have been established in the late-11th century by Queen Margaret of Scotland. A keen pilgrim herself, Margaret was eager to ease the way for her fellow travellers by providing safe passage over the Forth.

Once they had recovered their land legs, pilgrims could offer prayers in a chapel (now ruined) dedicated to St James, the patron saint of travellers. From here, many ventured to Inverkeithing for a well-earned rest. Inverkeithing played a key role in managing pilgrim traffic in the Middle Ages. Its hospitium, a large guest range of the Franciscan friary, provided comfortable accommodation for pilgrims passing through. This important building still survives.

After her death, Margaret was made a saint. It is fitting that the Queen who helped to establish pilgrimage in Fife became one of its chief draws, with people travelling to Dunfermline to be near her miraculous bones. 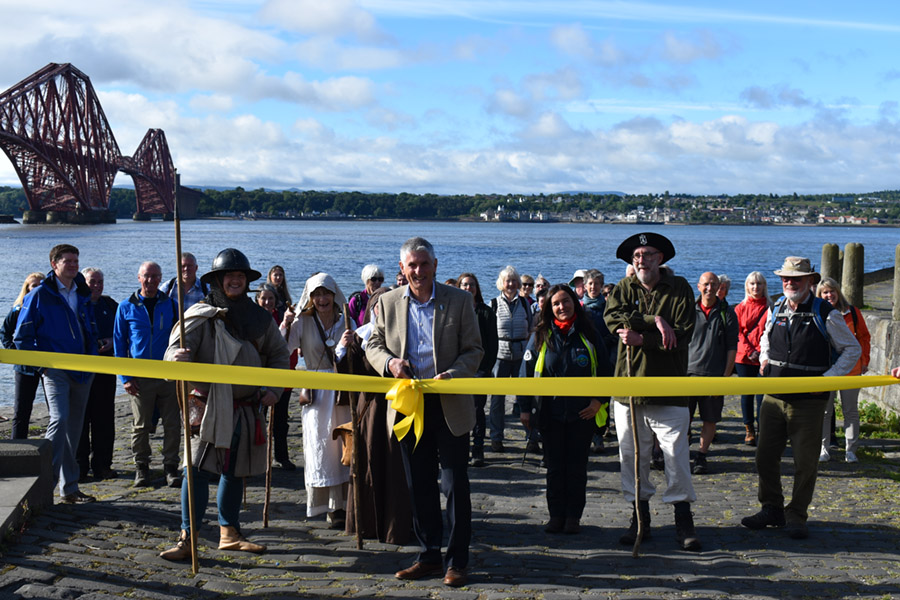 ‘There was a poor little woman, English by birth and race … who was afflicted for a long time with a very serious ailment … she fell headlong to the ground before the holy altar like a lifeless stone … But soon sadness was turned to joy, the health of her limbs restored to her.’ (Excerpt from the Miracula S. Margarite Scotorum regine [Miracles of St Margaret] 1245-63)

For hundreds of years countless pilgrims have found Dunfermline to be an inspiring destination. Its magnificent abbey is the burial place of many of Scotland’s kings and queens, including King Robert the Bruce and also Queen Margaret, who was later made a saint.

Many miracles are recorded as having taken place close to St Margaret’s shrine, and a number of Scottish queens wore her shirt for protection during childbirth. Medieval pilgrims who visited the abbey on her feast day of 16 November were promised a smoother journey to heaven. This made the arduous journey of pilgrimage worthwhile.

A number of other local sites associated with pilgrimage and Saint Margaret may still be visited today, including the Head Well, Saint Margaret’s Stone and St Margaret’s Cave, where the Queen is said to have rested and prayed respectively. 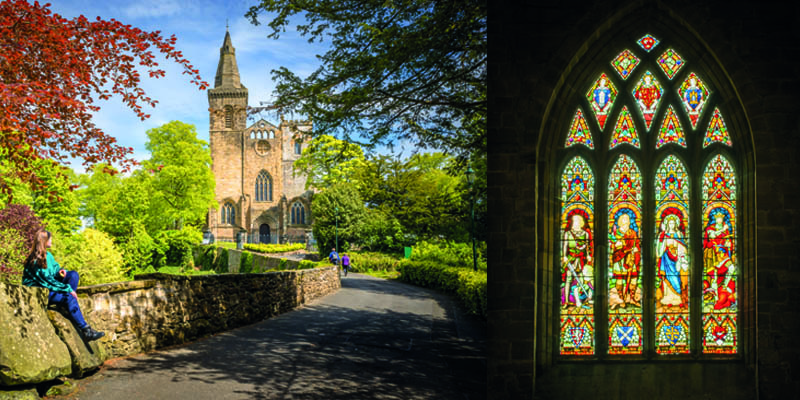