Wild Things to Look Out for In April!

What might you see, even from your back garden, over the course of April in Fife? We’ve put together a short list of things to look out for, it is by no means exhaustive but please let us know what you see.

One of the most visible signs of spring is the return of our summering migrant birds and a few of these have already made an appearance in Fife. Amongst the first of the “little brown jobs” to arrive in late March is the Chiffchaff: a warbler most often found in the trees in open woodland. If your garden backs onto the woods listen for its steady, onomatopoeic call “chiff-chaff, chiff-chaff, chiff”, sometimes preceeded by a quiet “chip, chip, chip”. Hot on their heels will be the Blackcap – males tending to arrive first. They are more difficult to identify by song, which is a slightly harsh, and complicated tune – quicker, and with more notes than the blackbird that has probably already been singing nearby. If you see a small, greyish warbler, hidden deep in the bushes and sporting a black cap it will probably be this. These two warblers will be joined by an influx of Willow warblers by the end of the month, filling the woods with warblery tunes. Xeno Canto is a great repository of bird songs, if you wish to learn more: https://www.xeno-canto.org/.

If you live near water, then Sand martins may catch your eye. There has been a steady trickle of sand martin sightings in Fife since mid-March, the numbers are only going to increase from now before they are joined by their relatives: swallows, and house martins. Hirundines, as the group are known, are all fast-flying and agile birds, feeding on insects in flight. Sand martins nest in large colonies on quarries, cliff-faces or sand banks.

Away from birds, the longer, warmer days will bring out the flowers, and with that come the bumblebees. The huge, Buff-tailed bumblebee queens have been busy already, trying to find what food they can from any early-flowering willows. They need to start an entire new colony, laying the first few eggs and tending to the larvae alone. Many of the early workers will be much smaller than the queen, because of the scarcity of food for now, but later buff-tailed workers are amongst the largest bees you will regularly see.

Other insects will also start to take flight more often, now that it is getting warm enough to leave the comfort of hibernation. There are a couple of dozen species of ladybirds, but everybody knows the 7-spot ladybird. The odd one can be disturbed over winter and will have to move, but generally they will find somewhere warm, often in the company of many others to see out the colder months. I’m sure gardeners will already have plenty of aphids for the ladybirds to feast on when they venture out.

If you have been lucky enough to have overwintering butterflies, such as Peacocks in a shed, they should start to become more active – weather permitting. If you have any rocks that can be moved to a sunny space in the garden, they will be useful for invertebrates to bask on to warm up. It might even be time to think about putting together a home-made moth trap? If you have the space to put one out overnight – https://butterfly-conservation.org/in-your-area/east-scotland-branch/budget-bucket-moth-trap.

And, finally – Hedgehogs. From mid-April onwards they will be visiting a garden near you regularly, and everybody loves hedgehogs. Allowing passage between gardens, by making gaps in fences, is very important so they don’t have venture out onto the open streets. If you have a trail camera, put it out overlooking your lawn about 0.5m above ground to see what triggers it – and you might get lucky! 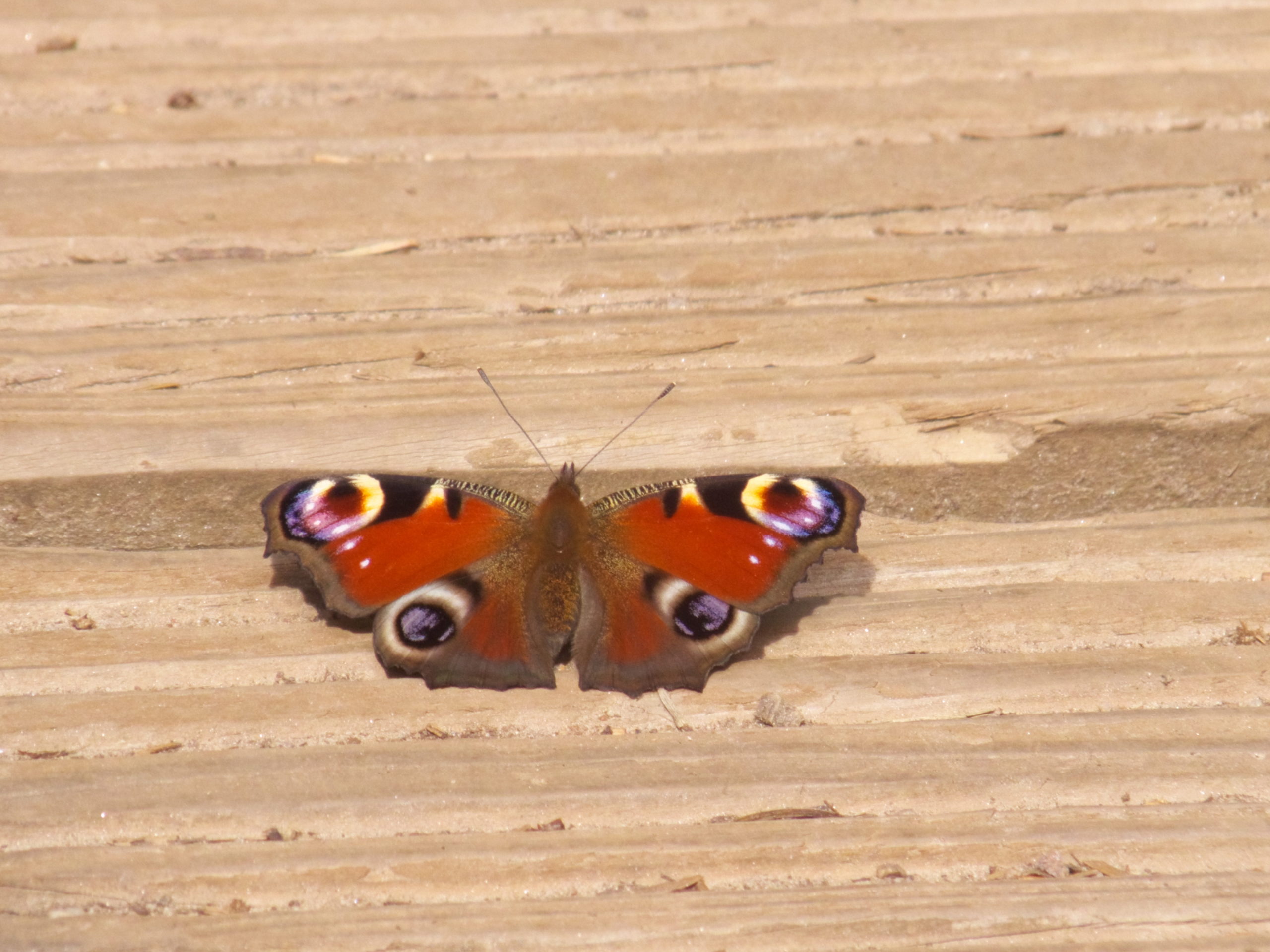 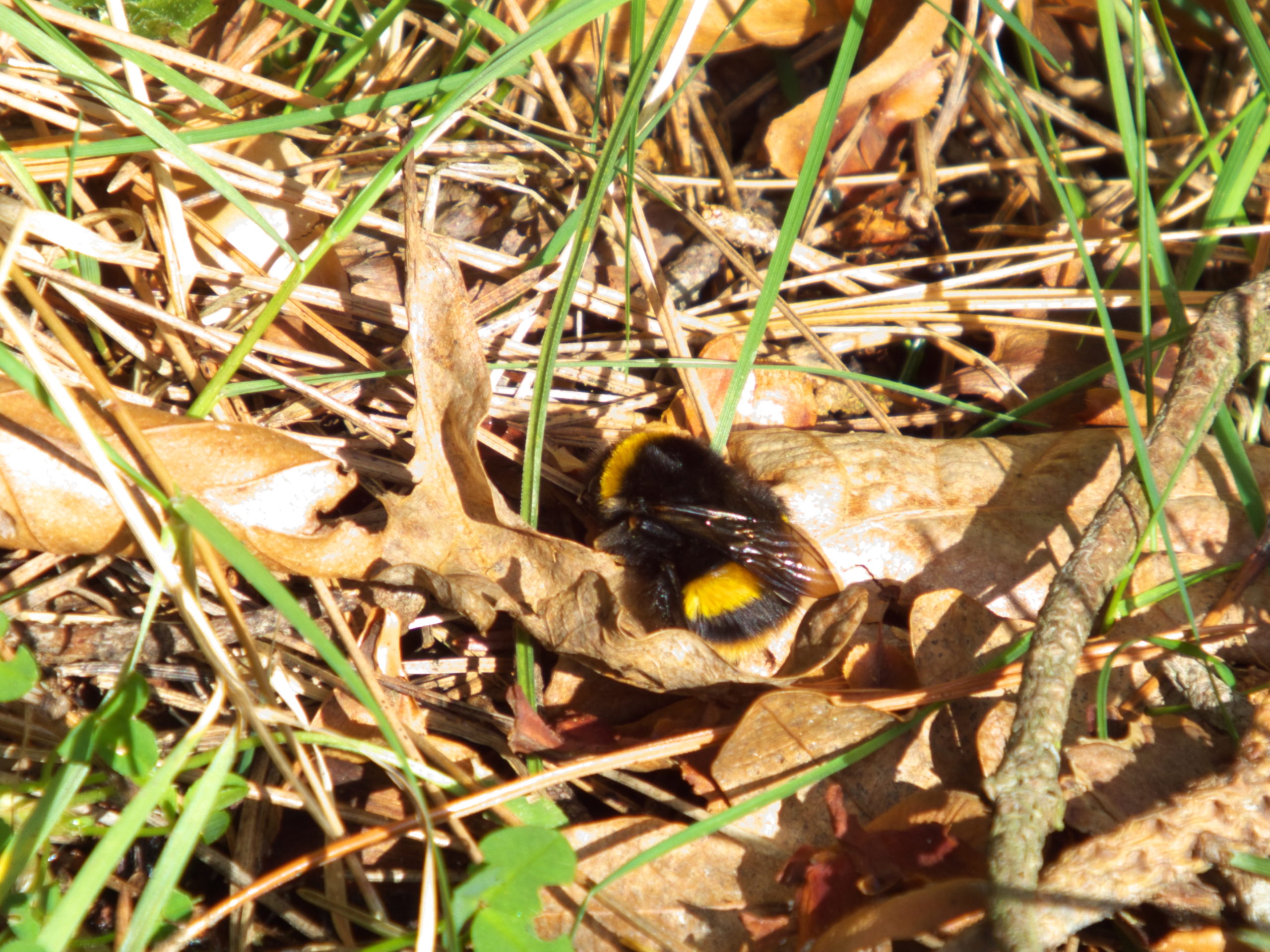 The Return of the Ringed Plover

At West Sands, St Andrews you can often see different species of birds breeding during the spring an...
View Article
This site uses cookies: Find out more.